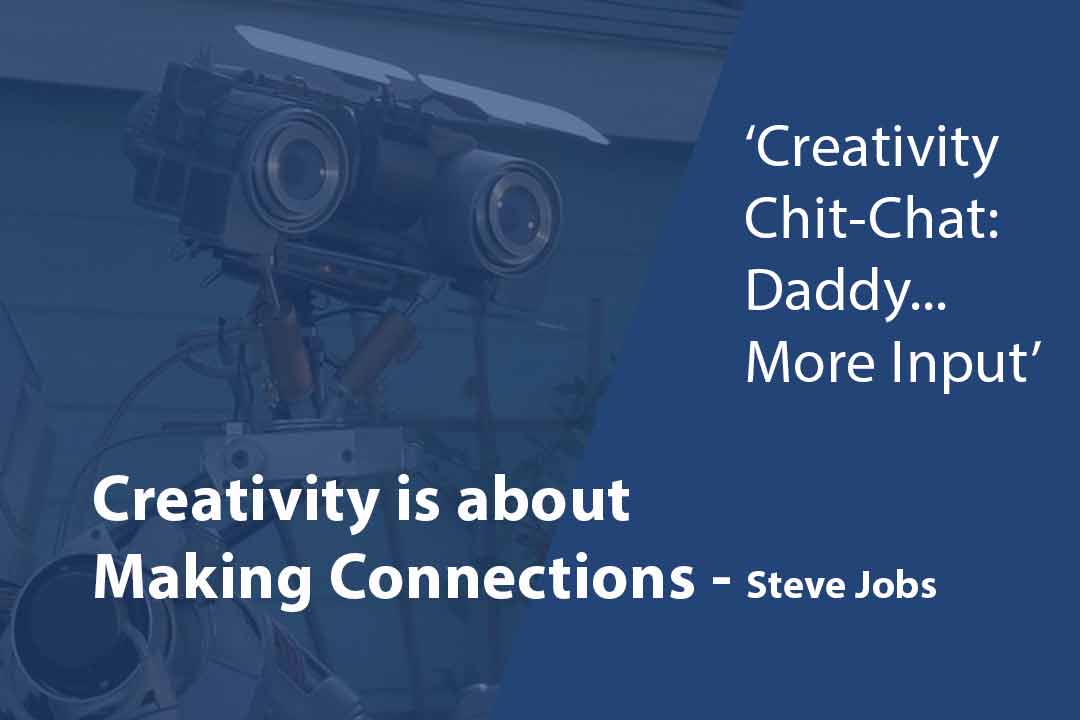 I need more input Stefanie! Who remembers this line from an eighties movie classic? Short Circuit was one of my favorite movies as a kid. I was glued to the television as Number Five, speedily read through every book in the house as he craved more ‘input’. In some ways, the characteristics of this robot resemble our own little ones as they seek to obtain information about their world. The ‘Why’, the ‘How, the ‘What’ questions are all associated with their desire for more input – even if they become annoying after the Zillionth time of asking.

What does this have to do with Creativity? Well some folks believe that in order to produce ‘something’ creative within a particular field, you need to master knowledge for that field. For example, if we’re going to produce something new and useful for the New York Subway, then we need to have knowledge of how subways work, it’s infrastructure, the commuters, and existing problems that need solutions, etc. – we need ‘input’.

This example is perhaps too far into the future for our little ones to appreciate, but as parents we can better understand how information about a topic, combined with the ability to think creatively, will more likely lead to an outcome that can be considered creative, even if it’s audience is not as large as commuters of the NYC Subway. Creativity is about Making Connections – combining new and old information to make something new and useful.

SEE ALSO: What is Creativity

So where do we start? Well not only must we cultivate creative thinking skills such as the ability to produce and consider many alternatives, but we must also create an environment that supports our child’s need for input. Now some of you might be thinking – ‘that’s what school is for’. Yes, this is true, but I would argue that the system of education should really begin at home, and more importantly school is a place predetermined knowledge, so we need to offer opportunities for a variety of ‘input’ that expands beyond the classroom environment, and occasionally better accommodate our child’s individual interests.

Reading a variety of books is a great start, but with the World Wide Web we have access to so much more. I make use of YouTube, and was pleased when Google recently published their YouTube App for Kids. This new addition from Google offers more child friendly content, an easier interface to navigate, and the search bar appears to be better at formulating questions from keywords.

Promoted by Hurricane Patricia, which recently made landfall in Mexico as the most powerful Hurricane ever recorded. My eldest became intrigued in tropical storms. In his desire to know more– to see more – I put him in front of the YouTube app and set him up with some videos of Hurricanes, as well as educational content. Almost independently he was able to learn about category five being the strongest type of hurricane (though occasionally in his world he gets a Hurricane 1000), and he knows that they cause floods, and destroy towns near the ocean. Like Number Five, each new input takes him to somewhere new, and he was able to build upon this new knowledge to make connections and discover something new about his world.

Daddy: Yes, they do sometimes…

Son: WHAT!!! (Being very dramatic)

Daddy: No (this might have been a tougher conversation if we lived further down South)

The brief summary of our conversation demonstrates how my boy was able to make connections with the new information he had obtained from YouTube. The thinking can be considered creative because it led to a new discovery, and while it might not have been useful to a larger group, it had value to him – this is Little C Creativity!

Matthew Worwood is an educator, Creative Studies scholar-practitioner, and co-host of the Fueling Creativity in Education podcast. He is a professor of Digital Media Design at the University of Connecticut and a husband and proud father to three young boys.
Tags: asking good questionscuriositymaking connectionsParenting 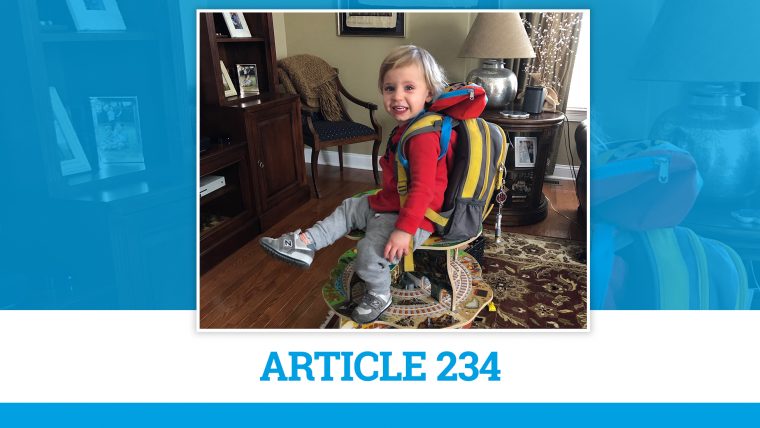 When is creativity appropriate? 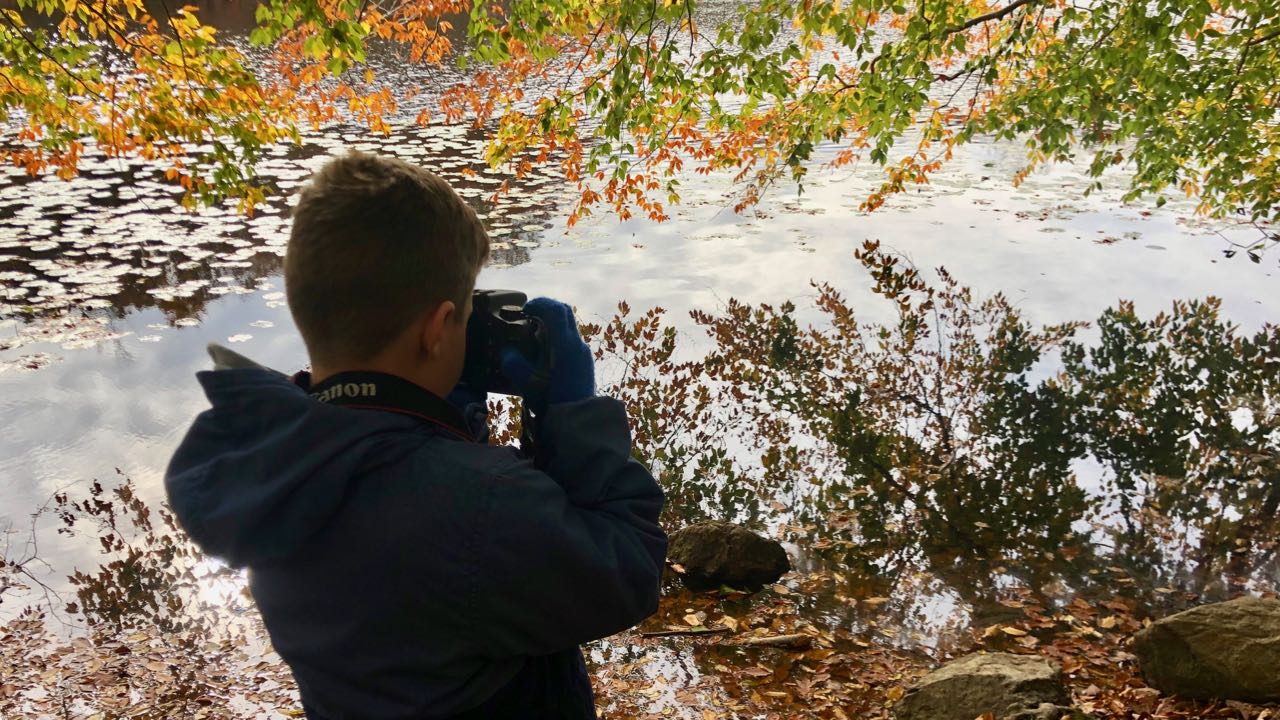